The name comes not, as sometimes imagined, from pagan festivals in honor of the God Bacchus, but from hordeum, which means barley. In 730 here there were houses and lands that had been donated by Warnefred, Lombard steward of Siena, to the monastery of S. Eugenio. In a contract of 1073 the castle of Orgia is mentioned for the first time, it was one of the main defensive castles of the Ardengheschi family, who always tried to prevent the expansion of Siena. The castle was stormed and burned by Siena a first time in 1156 and again in 1226, when the Ardengheschi family had already been defeated and it was occupied by an imperial Vicar. The village next to the castle became one of the small hamlets of the territory of Siena and the castle gradually lost importance until he got demolished, probably at the end of the following century. Today there are several groups of houses that show signs of their medieval origins. On the right, at the base of the peak once occupied by the old castle, there is the church of S. Bartolomeo, successor of the more ancient churches of S. Paolo and the Holy Trinity, of which no trace remains. It shows signs of rebuilding (probably during the fourteenth and fifteenth centuries), but it preserves parts of the original building, probably dating early thirteenth century, as indicated on the incision on one of the shelves of a side door, which is dated MCCXXV. Going up to the top of the hill you can see, on the right, the ruins of an ancient wall, built with large stones, for which we can assume Etruscan origins. On the summit, in an very panoramic position, there is a stone tower as a proof of the ancient castle. The farm estate that was built in the seventeenth or eighteenth century is now abandoned, it has a chapel equipped with a beautiful altar. 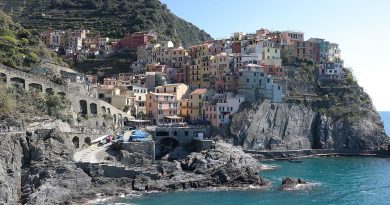 The places of Sovicille – Pia’s Bridge

The places of Sovicille – Brenna