Exactly a year ago, in a restaurant in the center of Siena and in front of two dishes of spring rolls, we defined the idea of creating an application that would allow people to know which are the historical places and the points of cultural interest that are around them.

In addition to providing a map of the points to visit, it was also important to allow users to have a brief description of what they were observing. Who wants to read a full page of Wikipedia? Isn’t a description of about a thousand characters better? We think so.

Living in an area with a rich history, in a country that makes the artistic heritage inherited over the years its greatest richness, it did not seem to us a bad idea. We immediately concentrated on the places close to our home: those in the municipality of Sovicille (SI) and then we immediately dedicated ourselves to our city: Siena.

Over time we have tried to enrich the list of places with cities from all over Italy. We know that it is a huge amount of work, but we are happy to increase our content step by step, without wanting to overdo it.

We believe that it’s exciting to have the opportunity to rediscover places with centuries and centuries of history using the new technologies of the digital age.

Our “minimum valuable product” was simple: an application with a map, placeholders and cards with a photo and description for each place.

It took a month and a half to put something in place, but before the application was published we opened a Facebook page to promote the idea. The results were poor, due to three factors: our total inexperience, the Facebook algorithm that from that period had decreased the priority of page posts over friends’ posts and the lack of a concrete product.

We then published the first version of Nice Places on Google Play Store in mid-February 2018, we told our friends download it (half of them, the other one had an iPhone), received positive feedback from them and then…

Then a problem arose that we may only be able to solve today. How do we manage to scale? How do we get to reach more people? Word-of-mouth obviously didn’t work.

We had the feeling that even the idea itself didn’t attract much interest among young people of our age. Clearly, this led to a drastic slowdown in numbers: the downloads of the application and likes on social networks in particular.

So what do we do? Nothing different, we continue on our way, we gradually add new places and descriptions and we do not forget that everything we are doing does nothing but enrich our skills. Without noticing much, we were dealing with the problems that affect anyone who wants to create their own project from scratch.

Unfortunately, we have to say that Siena is not a good place to launch innovative ideas. But we hope to have to change our minds in the next few years.

Accepting it as it is, but knowing that we can also do something to change it, we were convinced that perhaps something more was needed to capture the general attention. But what? More content? More functions? A better promotion strategy? It would be great to have the answer, but for a project carried out in our free time we were fine with it.

Staying on our toes is a must, but traveling with the thought sometimes serves to give enthusiasm, which never hurts. Can we reach the whole world? Yes, with the internet you can, you can give the opportunity to those who live in China to know the Abbey of San Galgano, a site that we have also chosen for our logo.

We know that the whole of Italy is known and loved all over the world. With this in mind, we have decided to translate our site, this blog and our application into English, so as to allow anyone to discover the places of our land.

Nothing prohibits that in the future on Nice Places you can find places from all over the world, but for now we must focus on our Italy so as not to lose our orientation.

The state of the art

Nice Places now has almost 100 downloads from the Google store, more than 300 locations throughout Italy, of which 160 in Tuscany and 60 in the province of Siena. The goal of 100 places with description has just been reached and we assure you that in a few months these numbers will be exceeded.

The interesting thing that comforts us is that we never thought of abandoning the idea, we never convinced ourselves that it was something wrong. That’s why we believe that from now on, after a year, the time has come to deal with this project in a more serious way, when our most important commitments will allow us to do so.

The construction of a blog and the promotional video we published are just the beginning of a process that we hope will take Nice Places to a new level.

Ideas for the future

There are a lot of ideas and sometimes it is not easy to understand which goals should be given priority. One of them is to give users the ability to interact with the application in a more “social” way: for example, by evaluating the places of interest with a score or even indicate which are the places they have visited, those they would like to visit and their favorites.

We have now understood, then, that a good service must be accompanied by good promotion and therefore we want to continue to promote Nice Places, first of all, on our territory, perhaps even talking with the dedicated authorities.

We wrote this article to share our experience and we hope that anyone who has an idea like ours can put it into practice without having to worry about all the obstacles that will face: the important thing is to be patient and not to break down.

New technologies, such as the Internet, mobile applications and many others give countless possibilities to create something new, just have a bit of creative spirit and initiative.

It will be a very rich 2019 for Nice Places! The easiest way to keep in touch with us is to follow us on this blog, on Facebook or on Instagram, but if you like the project so much, you can collaborate with us, just send us an email. 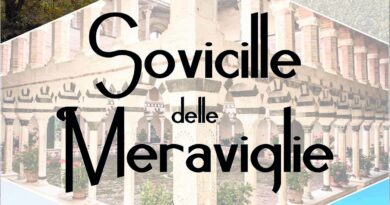 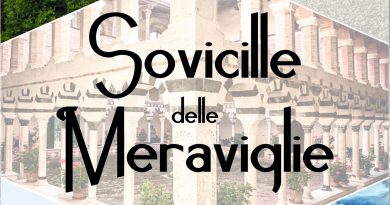 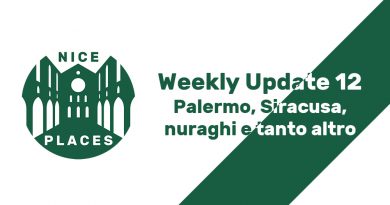